Allbirds’ rise is every startup’s dream. In just over three years, the San Francisco-based footwear company sold over a million pairs of sneakers, raised more than 77 million US dollars and is reportedly valued at 1.4 billion, according to a recent report by the Wall Street Journal. Its shoes are worn by the likes of Barack Obama, Cindy Crawford, Mila Kunis and Leonardo DiCaprio. In fact, DiCaprio is so excited about the company he recently became one of its investors.

Launched in 2016 by former soccer player Tim Brown and industrial engineer Joey Zwillinger as a digitally native brand, Allbirds initially targeted the US and New Zealand markets, but now the company is also present in Canada and the UK. It started venturing into brick and mortar retail in 2018 with a store in its native San Francisco, followed by flagships in New York, London and Chicago. In February, the label announced plans to open its first shop in China at Shanghai’s Taikoo Hui shopping mall, in addition to partnering up with Alibaba’s e-commerce platform Tmall and building a presence on Chinese social networks Weibo and WeChat.

You might be wondering what made Allbirds grow so much so quickly, especially in a market as crowded as footwear. Well, their shoes are branded around four characteristics a growing number of consumers are looking for: sustainability, comfort, minimalism and gender neutrality.

A recent report by consultancy firm Deloitte revealed over 80 percent of Millennials (consumers aged 26-34) consider companies’ social and environmental practices to be extremely important. Another report by British NGO Fashion Revolution pointed out one in three consumers in Europe’s largest markets take sustainability into account when shopping. Those consumers are likely to be drawn to Allbirds, as its sneakers are made from materials like merino wool, Tencel Lyocell, recycled PET bottles, recycled cardboard and sugarcane. “The footwear industry often overlooks Mother Nature’s materials in favor of cheaper, synthetic alternatives. We think it’s time to change that”, says the brand on its website.

Similarly, more and more consumers are attracted to simplicity in design. A report by market research firm Euromonitor about top consumer trends in 2019 posits that products positioned as “minimalist”, “craft” or “back to basics” are the new status symbols, as consumers are going through a materialism hangover which prompts them to “simplify” and “declutter” their lives. Allbirds’ unisex shoes promise “no flashy logos, no senseless details, just the world’s most comfortable shoes, made naturally and designed practically” (once again, in its own words). The rise in popularity of streetwear, athleisure and no-frills lingerie also reveals how important comfort is for today’s consumers. Allbirds’ decision to brand its product as “the world’s most comfortable” is, therefore, very smart.

FashionUnited spoke with Sandeep Verma, Managing Director, Europe at Allbirds to learn more about the brand’s path to success and plans for the future. 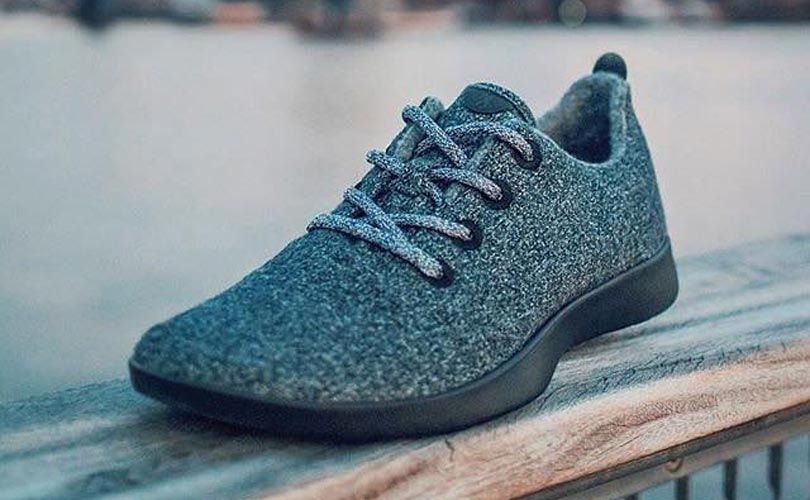 The footwear market is very crowded. Yet, Allbirds managed to soar to a 1 billion dollar valuation in just over 3 years. What differentiates the company from its competitors?

The concept is simple: Allbirds believes in making things in a better way. Our uncompromising commitment to the environment is a huge differentiator in the footwear industry, which still primarily prescribes to a low-cost mentality around materials and manufacturing.

Both Tim and Joey started as outsiders to footwear, which allowed them to reconsider how things had traditionally been done and come in with a fresh perspective around how shoes could be made. Rather than creating products that had the same flashy, over-designed look that dominated the sneaker market, they understood that there is a universal appeal to simplicity and that customers would respond to a clean silhouette. Here at Allbirds, we like to refer to our design ethos as “the right amount of nothing”, and our success thus far has shown that many consumers are craving something simple.

One of the biggest things that keeps customers coming back to our brand is the comfort of our products. Our wool shoes are made from super-soft, superfine Merino wool that is temperature-regulating and moisture-wicking. We also have a Tree line [made of Tencell Lyocell] which is perfect for when the weather gets a bit warmer, since the knit material is light and breathable.

Now that giant companies are also launching sustainable shoes (Adidas pledged to stop using plastic by 2020, for example) what is Allbirds’ strategy to keep competing with them in the future?

When the footwear industry — and retail more generally — begins to take sustainability seriously, we all win. Our primary goal is to help move the entire industry forward. That’s why we open-sourced SweetFoamTM, our new outsole material made with the world’s first carbon-negative, sugarcane-based EVA. Rather than compete with other brands for sustainability credentials, we would rather work with these companies to create a greener future. There is only one planet and we should all have the same goal of minimizing our impact.

How does Allbirds intend to make its business even more sustainable in the future?

At our core, we’re a material innovation brand and we’ll continue to invest in developing greener options for footwear and beyond. We are constantly researching and innovating new ways to make our existing products even more sustainable, as there’s always room to do better. A great example of this is when early on we switched our shoelaces from virgin polyester to a material made from recycled plastic bottles, despite it being 3 times as expensive. When we found a more sustainable solution we put in the effort and money to incorporate it into our products, which is something we’ll continue to do as we grow.

Allbirds has always operated as a direct-to-consumer label. What are the advantages and disadvantages of that model?

One of the key advantages to being a direct-to-consumer business is our ability to have consistent conversations with our customers. We use social media and other feedback channels to gather information about things like which styles and colors our customers want to see more of, how our products wear over time, and any use cases we should design around. We’ve then taken this feedback to tweak design details like preventing the tongue of our sneakers from rolling or the insoles from slipping. We even reintroduced a color in the US which was previously only available for men (before all our shoes were unisex) because so many women reached out to us asking for it in their sizes.

One of the disadvantages of our model is that it can be more difficult to scale globally without the support of a large distributor. That said, we’re already available in five countries just three years after our launch and will begin selling in China this Spring, all without relying on a wholesale partner.

Speaking of new markets, what are Allbirds’ goals for the UK and China?

The way we approach international expansion is quite different from most other direct-to-consumer brands. Rather than simply drop-shipping to other regions from the US — which can lead to long shipping times, unexpected fees, and non-localized customer service — we build up significant infrastructure in new countries. For example, we launched the UK with a local office, warehouse and a retail location, and we’ll be doing the same in China. This allows us to make sure that every Allbirds customer is having the same exceptional experience with our brand.

Both the UK. and China are key markets for us, so our hope is that these early investments will help us continue to grow in these regions so we can open more stores, increase sales, and build a widespread Allbirds community around the world.

Name some rewarding and challenging moments in Allbirds’ entry in the UK so far.

As the first hire in the UK, it’s been amazing to bring on incredibly talented professionals and build out the team here in London. We’ve already established a great office culture. Launching the brand in the UK and seeing the response from customers has been wonderful. We’re blown away by the amount of enthusiasm we’re seeing from British consumers, especially around the sustainability element of our business. Beyond just strong financial results, there is a deep empathy in the UK for the larger mission behind what we’re doing. There’s a myth that U.K. retail is all doom and gloom, and it’s been exciting to prove that’s not the case. Our store in Covent Garden is performing exceptionally well.

As for challenging moments, it can be tempting to take on too many new things and try to rush towards larger goals. It’s been important to have restraint and remind ourselves that we’re still a new brand in the UK. We’re just getting started! Localization can always be challenging, especially when you’re working with a brand that has a voice as distinctive as Allbirds’. One of the primary things my team is focused on is finding the balance between the culture of our local market and the brand’s global point of view.